The Kandagawa River 神田川 is one of the most important rivers of early Edo/Tokyo history. As noted in Splashing around Tokyo’s water infrastructure, “When Edo became capital of Japan in 1603, the city expanded and the need for water increased. To address growing needs, canals such as the Kandagawa river 神田川 were built. By mid-17th century construction began on the more ambitious Tamagawajosui 玉川上水, which diverts water from the Tamagawa river in the western Tokyo town of Homura 羽村 to Edo (Tokyo), spanning a distance of around 25 miles.

The Kandagawa is part of the Arakawa river system, and is the largest of Tokyo’s “small and medium river”, however defined. See map: 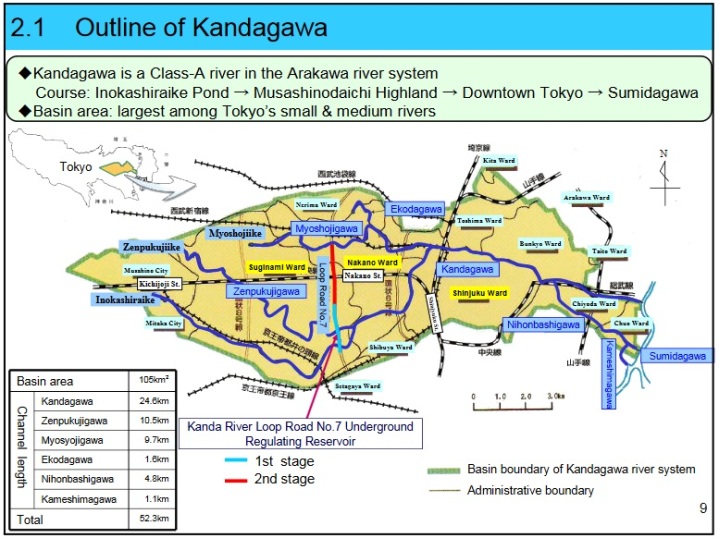 Photos of the river, including koinobori 鯉幟 windsocks, near Takadanobaba station 高田馬場駅: 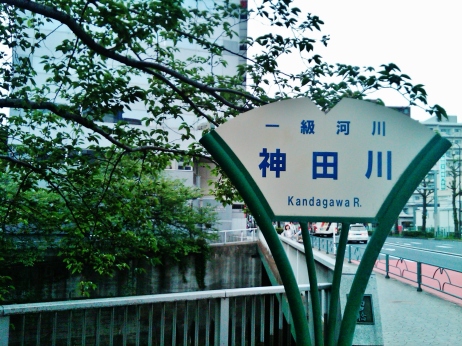 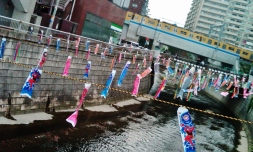 From: Walking on water: the underground rivers of Tokyo 東京の地下河川や運河の地図

“The Inokashira Pond there was the source of the first water service for Tokyo (then called Edo), the Kanda water supply, providing a vital roll until an improved water supply was completed in 1898.” (source)

Map of  Towa Ryokuchi Park 藤和緑地 (map), an 80-meter path that borders a nice stretch of the Kandagawa river.

The Kanda River flows by the former Manseibashi, now a mixed retail and dining area. Across the river is Akihabara.